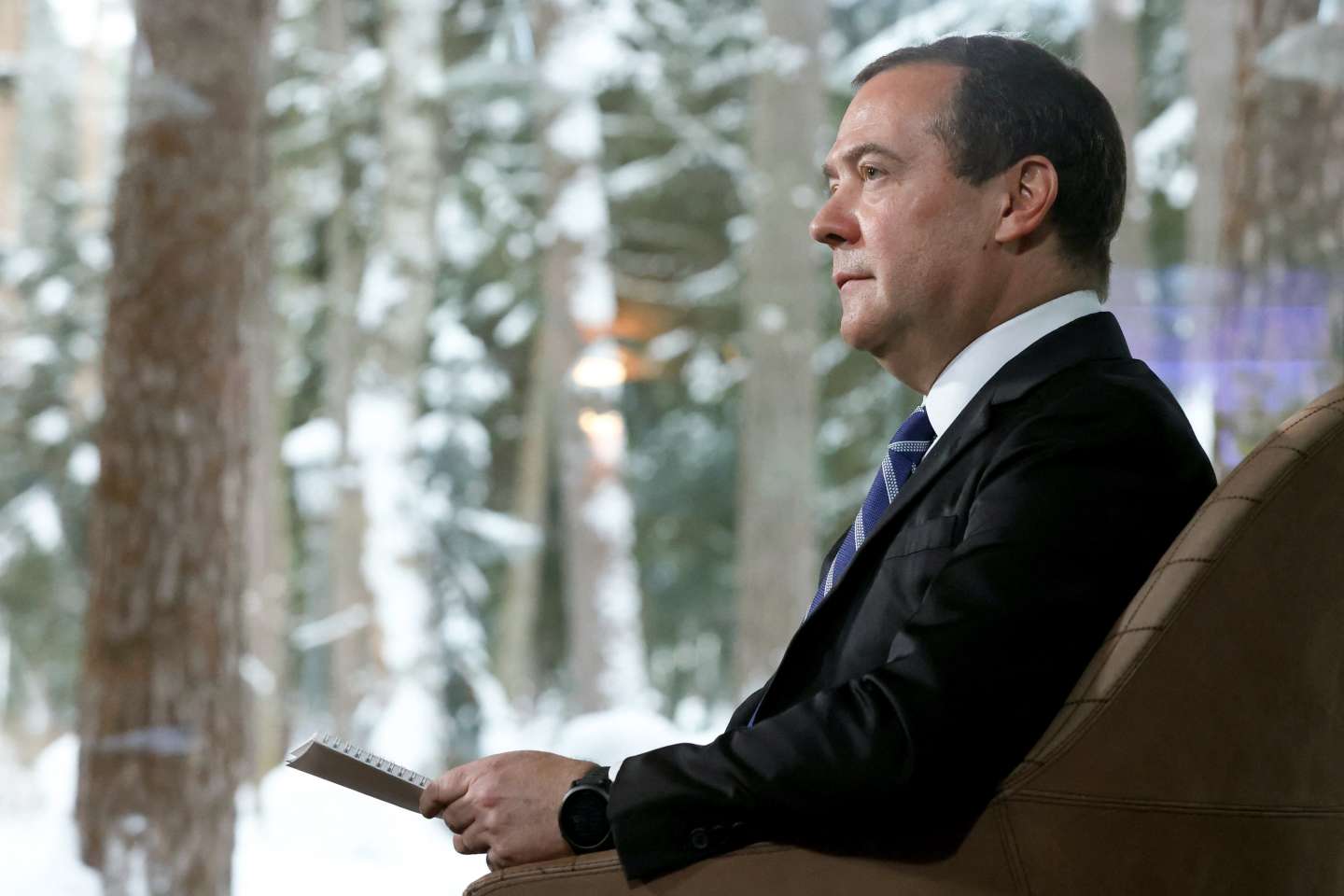 “I hate them. They are bastards and degenerates. They want death for us, for Russia. And while I’m alive, I’ll do anything to make them disappear.” Lapidary, Dmitry Medvedev’s last message on the social network Telegram, on Tuesday, June 7, has the merit of clarity, even if there is doubt as to what “they” to whom the former Russian president harbors such fierce hatred. Ukrainians? It is unlikely that Russian public discourse persists in presenting the neighboring country as a friend of the victim, in a way, of misunderstanding. Westerners? More precisely, as this speech has become a constant of the current number two in the Russian Security Council, whose virulence is proportional to the image of “liberals” that he had been dragging until then.

Mr. Medvedev’s telegram feed, opened only in March (for years Russian authorities tried to block the messaging service before giving up), is full of these highlights against the West “Disgusting, criminal and immoral” and warnings: “Russia has enough power to put all these enemies released against our country in their place. » His mention of the nuclear confrontation is frequent, and the head of the Security Council, an institution that has gained in importance thanks to the conflict in Ukraine, is also calling for the reintroduction of the death penalty.

An amazing career for a man who, being enthusiastic about rock and new technologies, has long been perceived as ” pro-Western ”and liberal. His stay in the Kremlin, between 2008 and 2012, will be marked by promises – which will not be kept – of political openness and economic liberalization. Eternal supporter of Vladimir Putin, who has been promoted to president of the ruling United Russia party since 2012, then returned to the ranks and returned to his prime ministerial seat, by 2020.

His transformation into a falcon is not entirely new. In October 2021, he published an extraordinary article, speaking word for word of his mentor’s thesis on Ukraine, to which he called “break contact” with the leaders of this country. He especially mentioned it “Certain ethnic roots” (Jewish) Volodymyr Zelensky as an aggravating motive for the alleged gathering of the Ukrainian president to positions “Nazis”.

Does he himself believe in that, Dmitry Medvedev? This is a question that observers regularly ask themselves, usually deciding negatively. “He is adapting to a new reality, notes political scientist Tatiana Stanovaya, a good connoisseur of Russian elites. The more liberal you were in the past, the harder you have to be today to stay at the top of politics. »

All you have to do is read 33.68% of this article. The following is for subscribers only.