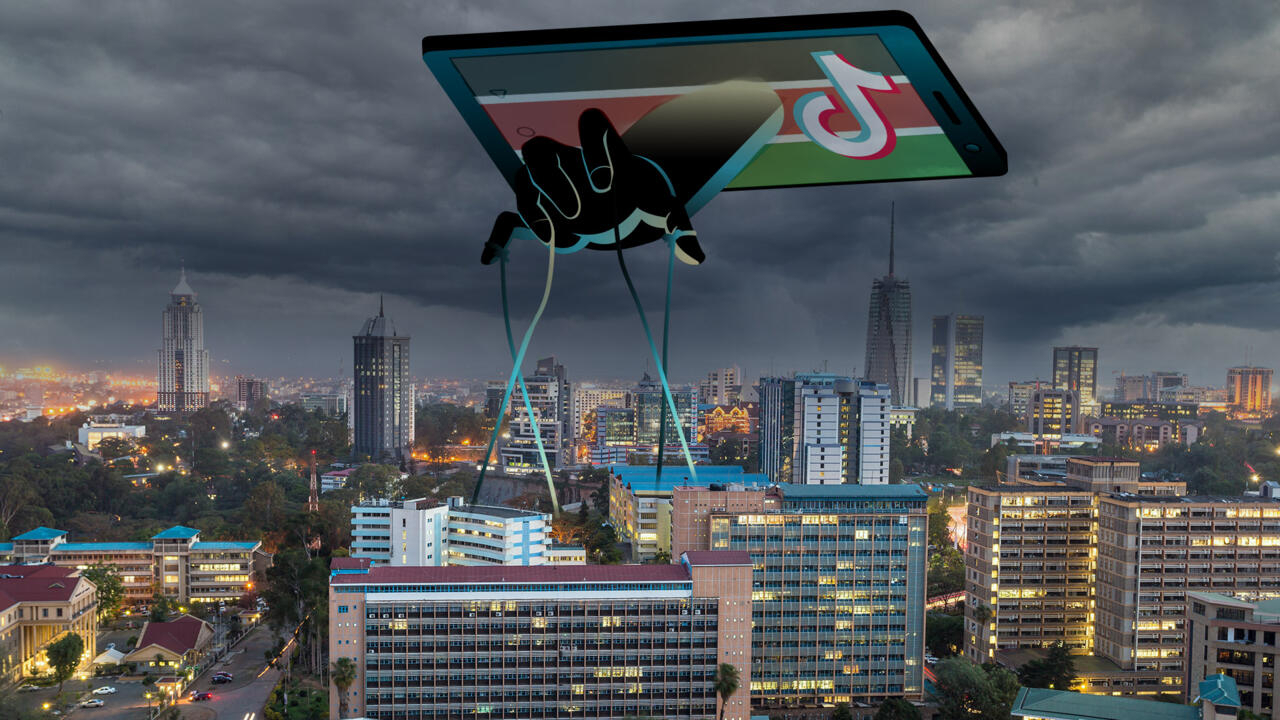 TikTok facilitates the spread of hate and disinformation content in Kenya, two months before the presidential election, according to a report by the Mozilla Foundation released on Thursday. This is the first time to analyze the role of a well-known social network of Chinese origin in the political debate in Africa.

The video is reminiscent of the trailer for the Netflix documentary ‘The Course of the Tyrants’. But very soon, the topic is splitting from Adolf Hitler, Joseph Stalin or Saddam Hussein, to increasingly focus on one of the two main candidates for Kenya’s presidential election, scheduled for August: current Vice President William Ruth. Everything was done to suggest that he has the characteristics of the worst dictators.

This video is one of 133 examples of misinformation included in the election propaganda report on TikTok, in the context of the presidential campaign in Kenya, which was published by the Mozilla Foundation on Thursday, June 9.

Over four million views for 133 videos

William Ruto is not the only victim of these attacks on the social network, where the perpetrators are impossible to identify due to a lack of transparency about the origin of the warrant. The vice president’s main opponent, Raila Odinga, backed by outgoing President Uhuru Kenyatta, is also paying the price. Several videos also portray him as a sower of chaos who, if he became president, would attack his opponents without fear of causing bloodshed.

All these videos that have been circulating on the famous social network of Chinese origin – these 133 clips have been viewed more than four million times – have one thing in common. “They are all raising the specter of post-election violence in Kenya,” sums up Odanga Madung, author of the report.

The country is still marked by clashes following the highly contested 2007 presidential election. More than 1,100 people have died during this serious political crisis, and some 300,000 Kenyans have been displaced.

This dark episode in the country’s recent political history has often served as ammunition for disinformation campaigns that have multiplied in recent years on traditional social networks such as Facebook or Twitter. In 2017, the infamous Cambridge Analytica – at the center of a major Facebook data breach scandal in 2018 – smashed Kenya to denigrate then-presidential opponent Uhuru Kenyatta (who was none other than his current ally Rail Oding …).

But TikTok has so far been spared criticism from major platforms for spreading “fake news” in Kenya and Africa in general. This relatively new social network – created in 2016 – has long benefited from the image of a service almost exclusively used to distribute music and dance videos, while “in reality it plays an increasingly important role in the political debate,” Mozilla writes. Foundation Report.

Young people on the target of misinformation

Above all, “the social network is the one that has experienced the most significant progress since 2017 to become one of the most used in Kenya,” emphasizes Odanga Madung. Given that almost 10% of the population associates with it on a daily basis, it would be inappropriate to ignore it for anyone who wants to understand the impact of misinformation on public opinion.

TikTok has another advantage for every misinformer: “Unlike Twitter or Facebook, you don’t have to have a lot of followers to successfully produce viral content,” notes Odanga Madung. The clever use of real hashtags, which will satisfy the TikTok algorithm – such as #siasa and #siasazakenya (meaning translation and Kenyan politics) – has thus resulted in only 33 accounts spreading violent and propaganda content to several million Kenyans.

And not to any internet user. TikTok is mostly populated, in Kenya as elsewhere in the world, by young people who have not yet or have just reached the legal age to vote – 18 years. It is a population whose political maturity is still in its infancy and which is, therefore, “all the more influenced by propaganda on its favorite social network,” sums up Odanga Madung.

In this regard, the August 9 presidential election is “for many the mother of all elections,” assures this expert on data analysis and the media landscape in Kenya. “There have never been so many young voters, so many connected voters who are politically disappointed at the same time,” he added.

As a result, the reminders in these videos of past violence and attempts to portray one or the other candidate as a monster ready to set fire to earth and blood are repeated, the messages are perfectly tailored to the target audience. These videos aim to create a climate of fear in order to convey the message to the most disappointed that their safety, and even their lives, are at stake.

Several of these videos were removed by TikTok after the report was released. But it was already too late, they reached a large audience. “One would hope that TikTok learned from Facebook’s failure in its policy of moderating content in Africa. It’s not like that: the Chinese social network made the same mistakes,” Odanga Madung laments.

For him, these “elections were the first big test for the social network on the African continent and failed in great latitudes.” There was no moderation, and the number of videos that violate the rules of the social network that were identified proves that “promises about content verification procedures were not kept,” the author of the report complains.

TikTok has moderators in Africa, but one – a woman interviewed for the Mozilla report – said working conditions made the task irresistible. These moderators, for example, have to check a certain number of videos a day – up to 1,000 – which means that sometimes “we have to watch them on the go in order to meet our goals,” she explains.

“TikTok is neglecting its responsibilities in Kenya, and probably on the continent as well,” sums up Odanga Madung. This laissez-faire approach to hate content on an increasingly influential platform is not without real risk. The role of Facebook is often cited as an aggravating factor in ethnic violence in Burma or Ethiopia.