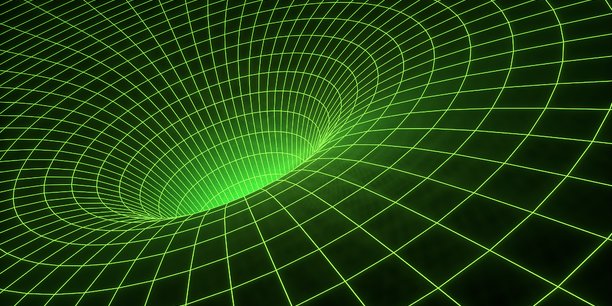 The news sometimes highlights funny shortcuts. Objects seemingly unrelated to each other, but relating to profound changes in our societies. Topics that sometimes inspire greatness sometimes relate to our selfish temptations fueled by new technologies. So it is with some of the most interesting details of recent weeks during which for the first time there was talk of presenting a supermassive black hole called “Sagittarius A *”, with a story on Instagram about the abortion of American singer Britney Spears. In both cases, this news pushes us into the abyss of confusion.

First, on May 12, the first photograph of a supermassive black hole, “Sagittarius A *”, in the heart of the Milky Way, was published. According to hundreds of astronomers and scientists who worked together to create this reconstructed image that looks like a cooking plate that we forgot to turn off, the mass of this black hole is such that its own weight sucks up everything that passes, including time and light. Dizzy!

In addition to the scientific significance of this discovery – it took 4 years of calculations and simulations to arrive at this visual representation of this black hole – it once again confirms Einstein’s theory of general relativity, confirming that gravity is a manifestation of curvature of space and time.

By forcing the line, we can say that it is the same with social networks.

The latter have almost the same characteristics as a black hole: not only attract matter, in this case the lives of billions of inhabitants, but also have the ability to expand space-time (in France we spend an average of 1 hour and 46 minutes a day on social networks, no matter where we meet). Without the evil spirit, we could add that, like black holes, social networks emit very little light … As the “black hole” of our digital galaxy, they provide a certain dizziness because they are able to fascinate and keep billions of people: Facebook: 2 , 9 billion users, YouTube: 2.5 billion, WhatsApp: 2 billion, Instagram: 1.5 billion, Tik Tok: 1 billion, Twitter: barely 500 million subscribers (despite being estimated at $ 42 billion by Elon Musk) .

Their power associated with the number of their subscribers gradually enabled these networks to dictate their rules. Whether it’s a way of expressing yourself (usually short, sentimental, spectacular, mocking, highly praised remarks …) or expressing yourself if possible by cultivating a short, sensational, emotional or compassionate thanks to this universal “like” button, social networks have become some a kind of “new universal law of gravity” that is imposed on everyone and around which our ways of thinking, perceiving or presenting events.

Barely three days after the discovery of Sagittarius A *, the announcement of singer Britney Spears was the subject of a big bang when she chose this social network to show her grief to the address of her 41 million subscribers on Instagram. his abortion. Her post almost immediately garnered nearly 2 million hearts and 80,000 comments of pure empathy. This staging of herself on Instagram, including these moments of grief, was chosen by many other “people” like Meghan Markle or Cristiano Ronaldo (400 million Instagram subscribers) to announce the premature death of their babies to their followers. Instagram has thus become a place of intimate expression, a symbol of this “democracy” in which highlighting one’s own vulnerabilities is a strategy like any other to create more and more obligations and thus hold the attention of millions of subscribers attracted by the gravitational field of life. of these personalities.

Sometimes it happens that social networks push to the absurd. It will be objected, rightly, that these others have never asked for anything and that everyone is free to do what he wants, even to stage his life. The truth is. However, what about those admittedly extreme cases when, in order to stand out in a galaxy of billions of other stars seeking to shine, he agrees to indulge in this colorless mirror of his screen based on “creating a view” or simply creating a buzz? Not all performances should be included in the same scale of stupidity of this Malaysian who agreed to be recorded “live” on Facebook as he sleeps in front of 60,000 spectators.

Apart from wondering who is most to complain about in this case (the sleeper or those who watched him for several hours …), the fact remains that there are numerous examples that internet users are fascinated and attracted by a force we cannot resist, pretending into some kind of “digital zombie”. Without a doubt, social networks look like these galactic black holes from which it is very difficult, if not impossible, to escape. Everything in this universe has been expanded, modified and questioned: truth, self-image, self-confidence, intelligence …

Albert Einstein is credited with this word:

“Two things are infinite: the universe and human stupidity. But as far as the Universe is concerned, I have not yet gained absolute certainty. »

There is a great temptation to take this wit literally, whether to comment on the infinite dimension of this supermassive black hole or, if desired, to underline the abyss emptiness that social networks often demonstrate …