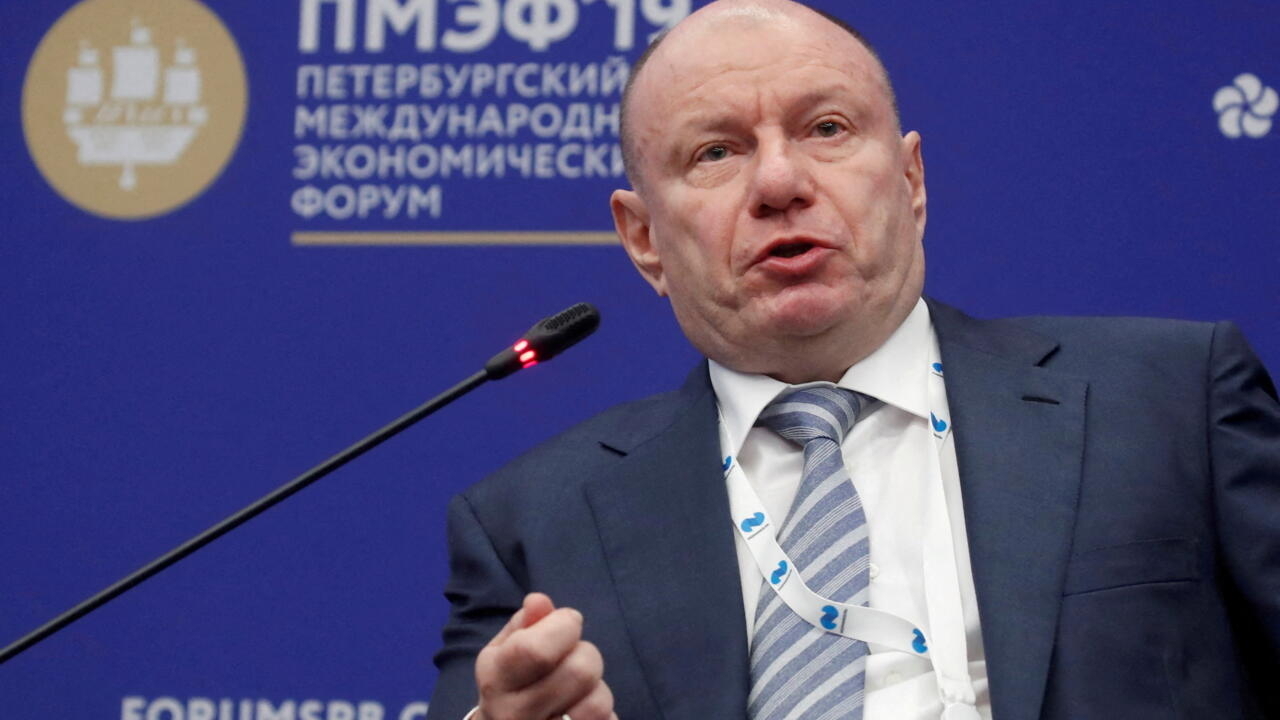 Vladimir Potanin is one of the richest Russian oligarchs. The “King of Nickel”, as he is called, has the peculiarity of avoiding Western sanctions despite his proximity to the Kremlin. Only Australia and Canada have it on their lists. Part of the explanation lies in the journey of this 61-year-old man.

Unlike other great riches, such as Roman Abramovich, Mikhail Friedman or Oleg Deripaska, Vladimir Potanin avoided the sanctions imposed by most Western countries since the Russian invasion of Ukraine.

However, he was building his wealth at the same time as them, in the shadow of the Russian state. In the 1990s, Vladimir Potanin, a civil servant on the brink of bankruptcy at the time, embarked on an emerging private sector. The time has come for mass privatizations of public monopolies to save the coffers. He is taking advantage of a controversial operation, the sale of large public leading companies in the industry, to seize Norilsk Nickel. The group will get rich very soon. This member of the “nomenclature”, whose father is a diplomat and whose mother is a doctor, uses his political contacts to achieve that.

With the coming to power of Vladimir Putin, the question no longer arises whether the oligarchs have the initiative. From now on, they will be in the service of the Kremlin and will have to stay away from politics. Otherwise, they will be sent to prison, like Mikhail Khodorkovsky, the former head of the oil giant Lukoil.

While the first sanctions fell on Russia after the invasion of the Ukrainian Crimea, the oligarchs did not react.

” I do not remember a single word about Ukraine during our talks recalls Jean de Gliniasty, former French ambassador to Russia from 2009 to 2016 and now director of research at Iris.

” We talked more about work. But we didn’t really talk about politics. We talked about France, a country he loves very much », ends a former diplomat. Vladimir Potanin, perhaps more than any other oligarch, knows the new rules of the game, he adheres to the president’s wishes. This French speaker (a language learned on the benches of a Soviet university, editor’s note), accustomed to ski resorts and the Basque coast in France, is participating in the organization of the Winter Olympic Games in Sochi, which Vladimir Putin wants, at great expense. The businessman is investing part of his personal wealth in it, which is estimated at 30 billion dollars today.

An equally important aspect for understanding the character is his earlier membership in the intelligence services. ” He is a former KGB, and for me that is still the most important characteristic “Summarizes the expert Didier Julienne, a connoisseur of metal, but also of Russian political mysteries. That gives him some security, “he said. until he enters politics “, Says the expert. This former KGB chief also taught him to weave his net outside of Russia. Relays – especially political ones – that could be useful in the event of a heavy blow.

But isn’t that the case with many other oligarchs, who have not yet escaped sanctions? ” Europeans and Americans are sanctioning people who held positions or who did things at a time that showed a certain hostility to the West. Potanin, never was “, Underlines Didier Julienne. Through his foundation, Vladimir Potanin selflessly promotes Russia’s “soft power” through art in France, the United States and elsewhere. For several of our interlocutors, this connection with the West allows him to avoid the seizure of several yachts.

Another important element is geography. Russia’s supply of nickel sulfate (one of the components of electric vehicles), which Vladimir Potanjin’s group embodies as a world leader, and European demand will become exponential.

We are here at the center of the contradictions of sanctions policy. And he’s not the only one. Many Western groups have left Russia: McDonald’s, French Renault and Leroy Merlin. Unprecedented isolation for 30 years in Russia. Ali Vladimir Potanin, the ultimate opportunist “exploits. In April, he bought Rosbank Bank from Societe Generale, which the tycoon owned a few years ago.” The sale of French interests in Russia somehow contributes to the wealth of the oligarchs and the Russian state recognizes Jean de Gliniasty.

If the transaction price remained secret, it would result in a net loss of approximately € 3.2 billion in Société Générale’s income statement. But the bank can hope to find a partner of choice in the person of Vladimir Potanjin, if he accidentally returns to the Russian market. ” Potanjin is destined to remain the main interlocutor in economic relations, assuming that he has them in the future, between France and Russia. “, Said the former diplomat.

Loyal to the Kremlin, Russia’s second wealth also knows what his country owes foreign investors. In a rare speech on the social network Telegram last March, without Putin’s name, Vladimir Potanin warned of the temptation to confiscate the property of Western groups. At the same time, we learned that he was resigning from the position of administrator of the Guggenheim Museum in New York. The institution has just condemned the Russian invasion of Ukraine.