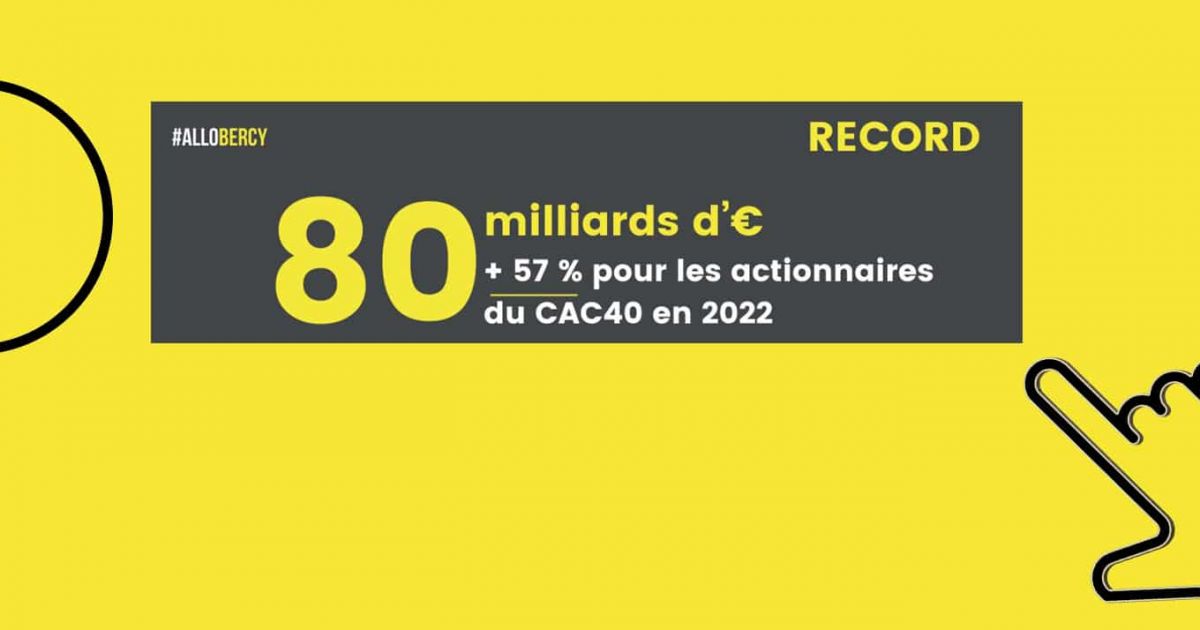 # AllôBercy, # AllôPlaceBeauvau, “When charities are not interested in hospitals”… Social networks use collective mobilization as a weapon. Always the same method: systematize and format information for maximum performance.

“Recapitweetters” have made social media an echo of their indignation, and from there they intend to mobilize. Whether expressing themselves as journalists, economists or ordinary citizens, they rely on a proven method: researching, collecting data and copying it in a form that can create virality. Hashtags and tricks allow them to create a conversation on seemingly dry political or economic topics. Above all, the superfluous nature of their arrests allows convicted abuses to be fully viewed in order to highlight their systemic nature.

AllôBercy: reviewing the scope of public assistance to the private sector

” Follow the money “Follow the money,” says the proverb. That is the mission that the left-wing economist has set for himself Maxime Combes. Since the beginning of the pandemic, this former member of the anti-globalization organization Attac has been methodically monitoring the amounts of public aid released to support private companies. He noticed very early the discrepancy between the funds allocated for the fight against the pandemic, the amount of public aid to multinational companies and the records of shareholders’ income. Moreover, this aid is granted free of charge, ie without the companies concerned committing themselves to environmental or equity targets, or proving that they will not benefit from redundancies.

“I was locked up in my house, with no way to demonstrate, so I thought about how to act. As an economist, I can write texts and publish them on social networks. So I was directly inspired by the method of journalist David Dufresne and his hashtag #AllôPlaceBeauveau. Maxime Combes compiles its data, tests the format by creating an initial report, and then the hashtag #AllôBercy. He quickly notices that it works: his publications are read, commented on and shared. Especially those related to the practice of large CAC 40, TotalEnergies, LVMH, Sanofi, but also lesser known ones, such as Teleperformance. “The systematic and redundant nature of the report allows for a greater response. I use the same format, the same kind of information and sources every time. It’s like meeting people who follow me. »

The strength of the device is that it allows it to be heard in circles of power, those who usually remain inaccessible to their opponents. That’s how Maxime Combes knows that his cards are read by the Ministry of Economy and Finance. If the conversation is not established live, the debate sometimes shifts. Some of his reports even have it served as support for parliamentarians’ questions in the National Assembly and the Senate. As for the surveyed companies, they sometimes respond to answers and denials, such as TotalEnergies. Another source of satisfaction for economists is that his messages prompted internal employees to send him information about the companies in question. A collection task that would have been much more complex had the exchange channel not been opened through social media. However, these reports are only the first step. The process is then expanded with a report and a book. “The fact of aggregating all this data in order to merge it into action legitimizes a series started on social networks. Because, the whole purpose of this hashtag is to show the systemic nature of the phenomenon from the sum of individual cases. »

Quotes : Crazy dough, but for whom? The magic money of the pandemic Maxime Combes and Olivier Petitjean, Seuil, 2022

“When charity doesn’t care about the hospital”: illuminating the blind spots of philanthropy

“Stealing a lot and giving back a little is philanthropy,” joked Paul Lafarge, Marx’s son-in-law. Vincent Edin it is part of the lineage of this 19th century intellectual. His obsession? To mock the excesses of the so-called virtuous capitalism that uses philanthropy and patronage to heal its clear conscience. “Philanthropy is in a way a legal robbery. We are talking about optimization, but it is actually theft and the companies in question get approval because they agree to return a small part of what they capture to the detriment of the general interest. His playground? A professional social network LinkedIn, where you can reach out to people who wouldn’t read it elsewhere, especially the executives of the companies you post in your posts. “All my posts on philanthropy start with the sentence‘ when charity is not caring for the hospital ’. It’s a reference to my book that bears this title, but also the classification process, the key to the search. ” His audience on this network has also grown, and his posts are widely commented on. Like any good 2.0 polemicist, he therefore has to deal with troll attacks. “I am attacked on two fronts: my use of inclusive writing and my alleged hatred of the rich. However, Vincent Edin denies that he shot for free. “We are living in an era of number management,” says thinker Alain Supiot. Above all, I want to break the dominant numerical discourse that presents certain business leaders as great patrons. »

The head of LVMH, Bernard Arnault, is one of his main targets. Among the cases that have forced him to jump in the last few months, he also highlights the case of Moderna’s CEO, Stéphane Bance. At the head of Biotech, which participated in the development of one of the vaccines against Covid-19, he received several billion in public money. However, patents for the vaccine have not been revoked. “Yet it is a public good, a common humanity. As this decision is socially unacceptable, Stéphane Bancel decided to redistribute part of his wealth by selling part of his shares. Partially exempted operation that took place while Moderna’s share price was falling sharply. For Vincent Edin, this type of financial movement perfectly illustrates Paul Lafargue’s quote.

The gift remains a gift, and aa priori benefits the one who receives it. But the question for the journalist is to know where the money came from. “When Pablo Escobar, a Colombian drug lord, died, the streets were black with people. Escobar was celebrated as a benefactor in poor neighborhoods, especially because he built hospitals and schools there. He did it, of course, but with dirty money from drugs. For me, there is a direct parallel between philanthropy used by certain companies and Escobar. What they steal, they steal indirectly from public services. »

Quotes : When charity didn’t care about the hospital. An investigation into the perversions of philanthropy Vincent Edin, Rue de l’échiquier, 2021

He made a fuss with his #AllôPlaceBeauvau, a viral curiosity that emerged in the midst of the Yellow Vests movement. Journalist and investigator David Dufresne then deals with the explosive issue of police violence during demonstrations highlighting various actions of the movement. “It all started suddenly, without much thought, a reaction to the (global) inaction of the (global) media. It all started on Twitter, where it all started, “he wrote on his personal website.

We remember the shocking images: torn hands, blinded faces, craters left by LBD bullets and bruised bodies. Horrified and revolted, the journalist then decides to turn these images into words. David Dufresne invents method, format and tone. He “recapitulates” with systematic posts on social networks and formulates a direct address to the public (“Hello @Place_Beauvau, for registration”). In December 2018, the first report was published. This is followed by 986 messages, a hashtag, a dedicated Twitter account and, later, a platform on the Mediapart page (2019-2021). The systematism of the method bears fruit: David Dufresne is credited with launching “the first national debate on the national police.” »

His work as a patient archivist was praised by the 2019 Grand Prize for Journalism. The methodology he implemented is studied by academics as a school case of political engagement in the digital age. Moreover, David Dufresne created emulators. His method was especially adopted by economist Maxime Combes. Two books and a documentary broadcast in the cinema were born from this project. A Protean work that raised a huge awareness of a previously largely discredited issue.

Have : A country that stands wisea David Dufresne documentary on the Yellow Vests movement